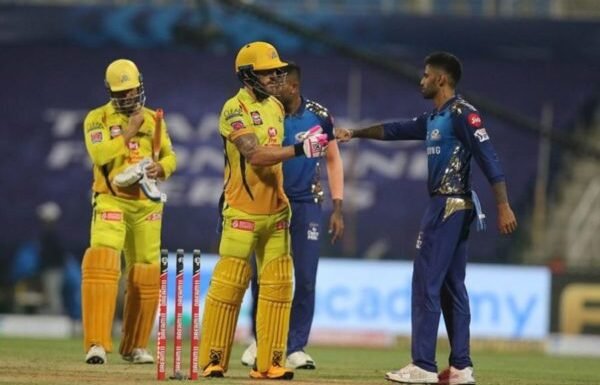 Chennai Super Kings has started IPL 2020 on a good note. They defeated defending champion Mumbai Indians in the opening match of the tournament.

Mumbai Indians started off brilliantly by smashing 45 runs in four overs. Kock hit 18 runs on Lungi Ngidi’s over. However, MS bring Piyush Chawla for the next over who dismissed Rohit Sharma on 12. In the next over, Quinton de Kock also got out. In 14 overs, they managed to score 121 for 3. And, they were in a very strong position to score a big total. Because Saurabh Tiwary was playing attacking cricket and was dealing in boundaries. But, things got changed when the well-set batsman Saurabh Tiwary got out on 42.

Trent Boult and James Pattinson started well by dismissing one wicket each in their opening spell. Both the openers, Murali Vijay and Shane Watson went to the Pavilion. At that stage, CSK were 6 for 2. But, Ambati Rayudu and Faf du Plessis formed a match-winning partnership of 115 runs. However, Rahul Chahar took a brilliant catch off his own bowling to dismiss Ambati Rayudu.

MS Dhoni promoted Jadeja and Sam Curran above him. Sam Curran’s cameo of 6 balls 18 runs was the turnaround. At that time Mumbai was still in the game if they have picked one or two wickets. Bu 18 runs in 6 balls changed the game. Curran’s They chase the total in the last over and won the match by five wickets with four balls remaining. Mumbai Indians all bowlers took one wicket each. Faf du Plessis played an anchor inning and was unbeaten on 58 in 44 deliveries. Rayudu scored 71 in 48 balls. He also receives the Man of the Match award.

Chennai Super Kings won the toss and they decided to bowl first.