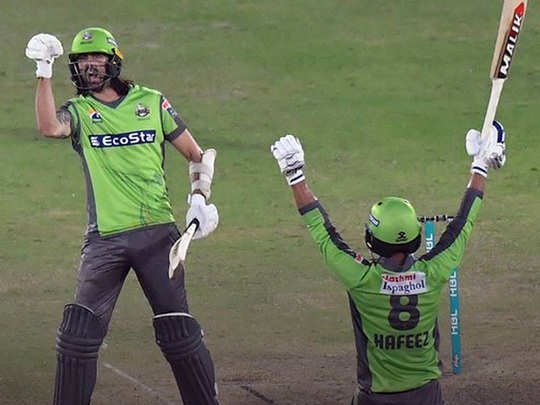 PSL 2020 Eliminator 1 I Lahore Qalandars vs Peshawar Zalmi I

PSL 2020 Eliminator 1 was played between Lahore Qalandars and Peshawar Zalmi to decide who would have a chance to win the finals or who would go home even after coming this far.

The game was equally important for both the teams. While on the one hand side, Lahore Qalandars featured in the playoffs for the first time, thus wanted to make the most out of it, and on the other, the former champions of the PSL, Peshawar Zalmi were in the search of their second title for the same. 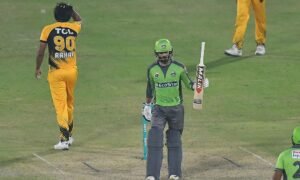 The game had begun with Peshawar Zalmi setting a target of 170 runs. Which was knocked up by Qalandars in 19 overs.

When Ben Dunk who led the batting earlier this year, got knocked off at 20 runs off 19 balls, Mohammad Hafeez, 34 ball half-century came to rescue, resulting in putting Qalandars in the second eliminator.

Another positive factor for the Qalandars win was the way Zalmi attacked who didn’t have a specialist spinner. While the seamers tried hard to hit the pitch, it could only work for them during the power play. And later on, turned out to be useless. Because the ball skidded onto the bat every time they had tried to pitch. Hence, paving the way for the Qalandars to make it to the second eliminator round of the Pakistan Super League.

After a head to head game, and some favorable conditions on their side, Lahore Qalandars finally knocked down the former champions Peshawar Zalami by 5 wickets. Hence, got the entry to Eliminator 2. Where they had played with Multan Sultans to decide who would knock off Karachi Kings in the finals. They would look to take the title of the most loved tournament of the country home.