Emerging Player of IPL 2020 I Dream Debut For Him I

Royal Challengers Bangalore opener Devdutt Padikkal has been given the title “Emerging Player of the Year” Award in IPL 2020. The 20-year-old Padikkal has made his debut in Indian Premier League 2020 and surely, this season is a learning curve for the Kerala-born batsman.

Devdutt Padikkal managed to score 5 half-centuries for his team RCB, the most by any batsman’s debut season. In IPL 2020, he not only got the opportunity to play along with the great batsmen Virat Kohli and AB de Villiers. Padikkal even encountered with world’s best bowlers such as Mumbai Indians Jasprit Bumrah and Trent Boult; Delhi Capitals’ Kagiso Rabada and Anrich Nortje; and Jofra Archer, Rajasthan Royals’ breath-taking bowler. 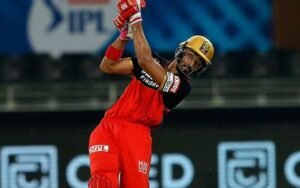 Indian Premier League is a great platform of opportunities for talented bowlers, fielders, and batsmen around the world. IPL 2020 has witnessed amazing players and there’s no surprise that Devdutt Padikkal has been deservingly awarded the title “Emerging Player of the Season.”

RCB’s opener performance in the IPL 2020 was impeccable, who amassed 473 runs in total 15 innings. Padikkal became the top scorer of RCB during the end of RCB’s campaign in the playoffs. He even overcame RCB Captain Virat Kohli by 7 runs in the IPL 2020. He became famous and gained popularity scoring runs on a consistent basis. Eventually, he walked away from IPL 2020 with his reputation beyond doubt, enhanced.

Royal Challengers Bangalore young batsman, after winning the title, says that this is a really great achievement for him. He was even confident enough to play against the gun-speed bowlers. He said he was “not really” puzzled playing against the fast bowlers. Although he says that there are many domestic circuit bowlers who throw balls at the same speed. However, Padikkal admitted that he was hesitant to play against Sunrisers Hyderabad Rashid Khan and said he surely challenged his batting in IPL 2020.

But nothing stopped Padikkal from achieving what he aimed at in his debut in IPL 2020. With his love for cricket and consistent performance, he awarded himself with the emerging player of IPL 2020.