Indian cricket team has announced the squad for T20’s 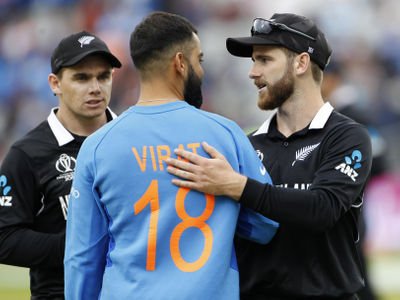 Indian cricket team has announced the squad which marked the return of Rohit Sharma and Mohammed Shami in T20’s and will play against Kiwis. They were on a break due to their heavy workload last year. They will be back with a fresh mindset and will be ready for the challenge.

Unfortunately, Hardik Pandya has to wait for his return as he is continuing his rehabilitation process. He had to undergo surgery as he was suffering pain in the back which kept him out of the side. His last game was against South Africa and due to injury, he got ruled out of the series.

It was unfortunate for Sanju Samson because he got only one chance and was unable to deliver. Hard Luck!

It would be difficult for the skipper as whom to pick as opener alongside Rohit in the Indian Cricket Team as Rahul seems to be in great form. However, Shikhar has come back from the injury and looks scratchy but still, he reaches a fifty in the 3rd game and we all know what he is capable of.

It is just that he is coming back from injury and wants to cement his place in the playing XI. But, Kl has taken full advantage of the opportunities he got during the absence of Shikhar. And now it would be difficult for the team management to whom to pick. KL has even said that he can also pick him as a wicketkeeper.