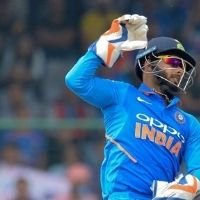 Why Indian wicket-keeper batsman has been ruled out of 2nd ODI?

The Indian wicket-keeper batsman has been ruled out of 2nd ODI. Due to a concussion. Rishabh Pant got hit on the helmet on the first ODI match against Australia. In the home series in Mumbai (Wankhede Stadium) on Tuesday.

BCCI confirms on the 15th of January, Wednesday that he will miss the second ODI of the ongoing series. He did not come out to keep wickets when India was trying to defend the total. He was taken to the hospital in order to check his condition.

However, the scans reported that he is fine and has been discharged. As per the protocol, he has been ruled out of the series for the Friday game in Rajkot. It will take place on the 17th of January. He will be visiting the National Cricket Academy in Bengaluru for rehabilitation.

KL Rahul kept the wickets in the last game as Rishabh Pant did not come out to the field due to a concussion but India lost that game to Australia as Aussies outplayed them in all the departments and they won the match by 10 wickets and with 12 overs remaining.

Whether Rishabh Pant will be available for the final ODI or not for the 3rd match which will take place on the 19th of January in Bengaluru it will depend on the assessment if he hist to play or not.