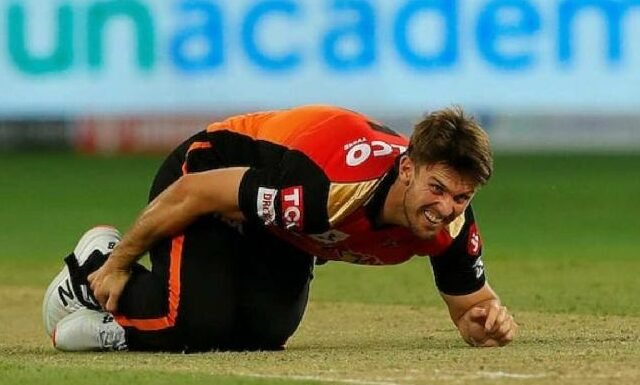 It has been a big blow to SRH as their all rounder Mitchell Marsh has been ruled out of IPL 2020 due to anke injury. Jason Holder has been called in to replace Marsh. His ankle got twisted while bowling his first over against Royal Challengers Bangalore(RCB). He tried to complete his over but he was struggling with that. Then, he left the field. He did not came back to field again.

He even did not batted at his original position. However, he still came to bat at number ten position as the team was struggling to score runs and were losing wickets.

Mitchell Marsh got out on the first ball he faced. The support staff came and helped him to get off the field. In 2019, he got a wrist fracture. He missed the IPL 2016 due to side strain and shoulder injury.