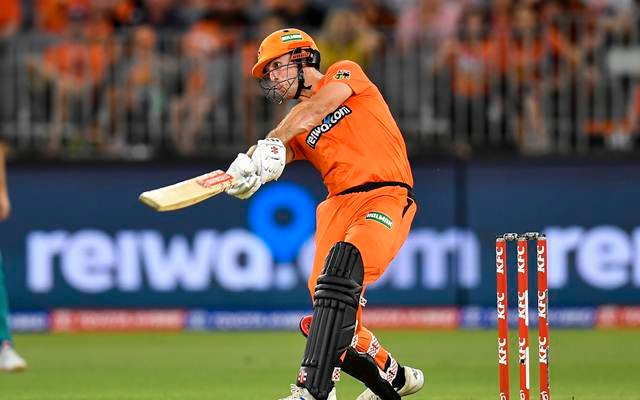 Hobart Hurricanes won the toss and elected to field first

Hobart Hurricanes bowl first. Perth scorchers scored 37 for 2 in the powerplay. Inglis and Marsh are now trying to build the innings. At the halfway stage, they reached 80 for 2. In 20 overs, they scored 175 for 7.

Josh scored 73 in 46 deliveries with a strike rate of 158 but he got dismissed by Qais Ahmed. Marsh achieved 40 in just 29 balls but he got dismissed by Thomas Rogers. Their lower middle-order batsman also added some useful runs which take the total to 175. Thomas Rogers picked a couple of wickets and the rest of the bowlers took one wicket. It is a good total but we have to see if they can defend it.

Hobart Hurricanes came in to bat but they batted poorly as they scored 98 runs in 17.1 overs and lost all their wickets. Bailey achieved 36 and Jewel scored 28 runs. Jhye Richardson picked a four-wicket haul.

Liam Livingstone and Fawad Ahmed took a couple of wickets. Chris Jordan and Mitchell Marsh got one wicket as well. Perth Scorchers bowled well because they never allowed HBH to score runs as they kept on taking wickets on the regular intervals.

Jhye Richardson picked two wickets in the second over of the game by dismissing Matthew Wade and David Miller. After that, they were unable to recover from the damage. PRS won by 77 runs. Josh Inglis the Player of the Match because of his outstanding knock of 73. With this win, they are now standing on the third position in the points table. On the other hand, HBH has lost three matches consecutively.