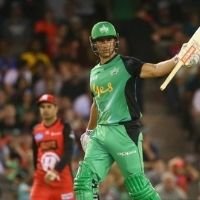 Perth Scorchers vs Melbourne Stars Match Report: Perth Scorchers played poor cricket because they scored only 86 runs in 13.5 overs as they lost all their wickets. They were unable to play the full quota of twenty overs and couldn’t manage to score at least a fighting total. Josh Inglis was their top-scoring batsman who achieved 37 runs in just 19 deliveries but he got dismissed by Glenn Maxwell.

Melbourne Stars bowled extremely well because they restricted Perth Scorchers to a low total. They played poor cricket as they scored only 86 runs in 13.5 overs but they lost all their wickets. to the below-par total. Jackson Coleman picked three wickets. Sandeep Lamichhane took a couple of wickets.

Melbourne Stars came out to bat and they easily chased down the total in 12 overs with 8 overs remaining. They won the game by eight wickets against Perth Scorchers. Stoinis scored an unbeaten 39 in 31 deliveries. Hilton Cartwright achieved 19 but he got dismissed by Mitchell Marsh. Gotch achieved an unbeaten score of 14 in 10 balls. But, they were never under pressure. Because Marcus was there on the crease who has already crossed the 500 run mark in this season of Big Bash League. Fawad Ahmed and Mitchell Marsh picked a wicket in the game. Jackson Coleman is the player of the Match for his outstanding bowling.

With this win, they have moved to 18 points and they are standing in the top position in the league. Sydney Sixers is in the second position who is on 12 points. There is a gap of 6 points between the first and second positions. It indicates that Melbourne Stars has played incredibly well in this season. However, Perth Scorchers is in the fourth position.

Perth Scorchers won the toss and elected to bat first. 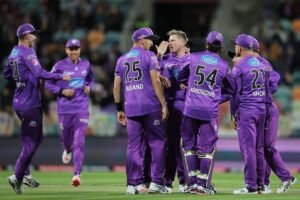 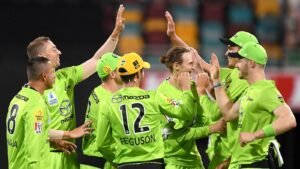 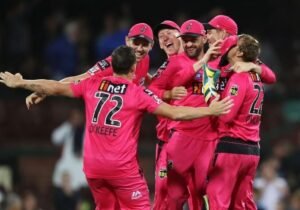