Purple Cap Winner of the IPL 2020 I Most Wickets I

Most Wicket Taking Bowler in the Tournament

Purple Cap Winner of the IPL 2020 is Jasprit Bumrah. The Purple Cap award is the award given to the bowler who takes most of the wickets in a season. During the tournament, the top bowler gets the owner to put on the cap throughout the season and at the end, the one who takes the most wickets receives an award for being the best.

Just like every IPL season, this season too was graced with some individual brilliant performance when Kagiso Rabada surpassed his own record under the Delhi Capitals franchise of 25 wickets by 5 wickets and took the Award of “Purple Cap” home by taking 30 wickets in total from 17 matches at 18.26 with 2 four-wicket hauls. 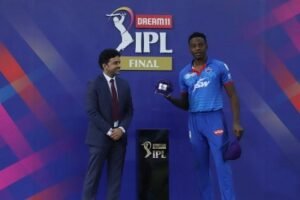 Delhi Capitals ace fast bowler Kagiso Rabada bagged four wickets in the IPL 2020 Qualifier 2 against Sunrisers Hyderabad which made him the most worthy holder of the Purple Cap Award in the season. He wore the purple cap for the longest time in IPL 2020. Meanwhile, Jaspreet Bumrah bagged second place with 27 wickets in his account.

A sneak peek in Purple Cap Winner of the IPL 2020 Kagiso Rabada’s performance during the tournament is as follows: