PSL 2020 Qualifier I Karachi Kings vs Multan Sultans I

PSL 2020 Qualifier was full of twists, turns, some quality cricket, and some cutthroat game between the two teams who fought with all they had got to get the direct entry to the finals.

The game was played between Multan Sultans who had finished the league stage with 14 points. While Karachi Kings had finished with 11 points.

The game started with the Kings deciding to bowl first. They ended with the Multan’s getting swayed at the super over. Karachi Kings pretty much dominated the game from the start. With their good bowling and fielding restricting Multan’s at a score of 141-7. 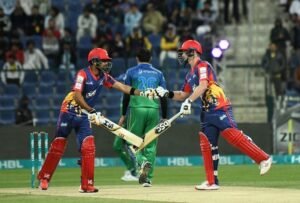 The run chase too at first felt like a cakewalk for the Kings until they stumbled badly in 17th over when Babar Azam got out. From 117-3, they fall off to 135-7, giving an edge of the game to Multan.  However, it was somehow managed when the captain Imad Wasim took the game in his hand. He hit a four off the final over creating a tie between the two to force a one-over eliminator.

In the tie-breaker, Karachi set a target of 14 runs which was defended very well by the team. Multan’s could only hit 9 runs in the super over, thus, losing the game with 5 runs. Hence, the thrilling game finally came to an end with Karachi Kings making it to the finals for the first time in the history of the Pakistan Super League. They have played playoffs many times but never got the chance to make it to the finals and when they did, it was nothing less than a blockbuster ending for the Kings. Now they had only one stair left to climb to win the trophy of Pakistan Super League 2020.