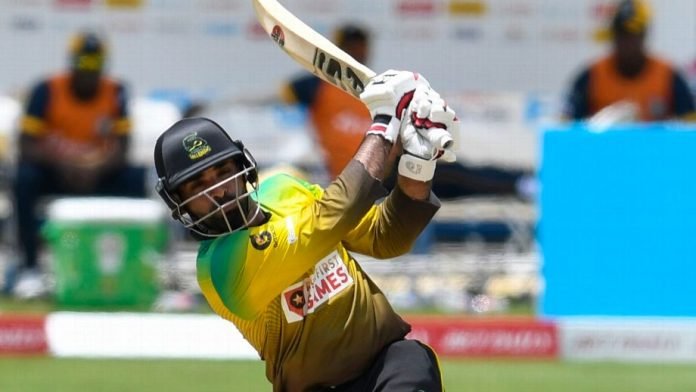 Jamaica Tallawahs won the toss and elected to bowl first.

St Lucia Zouks was asked to bat first. They scored 158 for 7 in 20 overs. Andre Fletcher played a run a ball 22. Roston Chase scored 52 in 42 deliveries. He was playing well. But, he got out by Mujeeb Ur Rahman. Najibullah Zadran supported him and scored 25 runs. Veerasammy Permaul and Mujeeb Ur Rahman took a couple of wickets. Andre Russell and Sandeep Lamichhane picked a wicket as well.

Not a good start from Jamaica Tallawahs. Because Chadwick Walton and Nicholas Kirton got out quite early. In 4.1 overs, St Lucia Zouks are standing at 13 for 2. Glenn Philips and Rovman Powell rebuild the innings and formed a partnership of 63 runs.

Glenn Philips played an attacking cricket by scoring 44 in 29 deliveries. Rovman Powell supported him with a score of 26. But, Asif Ali played a match-winning knock of 47 in 27 balls and guide Jamaica Tallawahs towards a victory. He was unbeaten as well. His strike rate was 174.07.

Carlos Brathwaite was unbeaten on 18 in 9 deliveries. However, Kesrick Williams picked a couple of wickets. Scott Kuggeleijn, Obed McCoy, and Rahkeem Cornwall took a wicket as well.

Jamaica Tallawahs beat St Lucia Zouks by five wickets with 1.1 over left. Asif Ali is awarded as Player of the match for his outstanding knock of 47 runs.