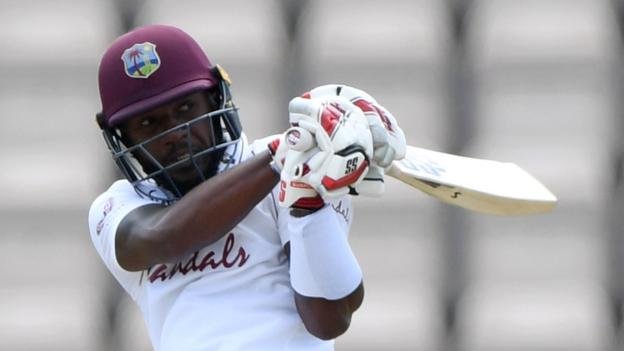 On the fourth day, England ended the day with a lead of 170 runs and they have lost eight wickets. They managed to take the lead to 199 and have given their bowlers something to fight for.

They needed 200 runs to win the match. But WI started poorly as they crumbled at 27 for 3. Campbell got injured because he got hit on the toe.

Jofra Archer picked key wickets at the start. At that stage, they were favorites. But, Roston Chase and Jermaine Blackwood formed a good partnership and gave their side an outside chance for a comeback into the game.

They were lucky as England dropped a couple of their catches. They even missed a run-out opportunity as well.  In the game of cricket, if you drop catches, you could lose the game as fielding is also an important department. Good fielding boosts the morale of the bowlers as well as of the team.

Archer called back into the attack as both the batsmen were playing a handy inning. He dismissed Chase at 37 and WI was 100 for 4 at that stage. Stokes dismissed Dowrich but replay showed that it was a no-ball. He did not learn from his mistake and as a result, he got out in the next delivery.

But Jermaine Blackwood played an outstanding inning as he scored 95 runs and guides the team towards a v.ictory. They chased down the total and won the game by four wickets.

West Indies are now leading the series 1-0. The next match will take place at Old Trafford on Thursday on 16th of July.

2020-07-13
Previous Post: South African Cricketer of the Year has been announced
Next Post: Cricket Australia has announced about BBL Season 10