Cricketfile Cricket-The Dream Sport
Home News Do you know who are the ICC Award Winners? I Check the List I 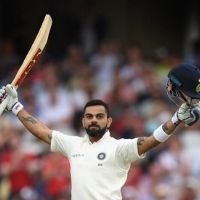 Do you know who are the ICC Award Winners?

Do you know who are the ICC Award Winners?: Ben Stokes receives the Player of the year award. Pat Cummins is the Test Cricketer of the year as he picked 59 wickets in 23 innings. He took fifteen wickets more than Nathan Lyon. Lyon was in the second position. Rohit Sharma receives an ODI cricketer of the year award as he scored seven centuries in 2019. Out of which he scored five centuries in the 50 over World Cup 2019. He achieved 648 runs in the World Cup but just fell short of 25 runs as Sachin Tendulkar achieved 673 in 2003 which is a big record and it is yet to be broken. Hitman’s score was 1490 in 28 matches and his average was 57.30 in the previous year. Seventeen years have been passed still waiting for a miracle to happen.

Marnus Labuschagne is the Emerging Cricketer of the year. He got the opportunity in place of Steven Smith and came in as a concussion substitute but he grabs the opportunities by scoring 1022 runs with an average of 68.13. Richard Illingworth is the Umpire of the year.

Virat Kohli won the Spirit of Cricket award because during the match between India and Australia in WC few people in the crowd showed dislike towards Smith because of the ball-tampering issue. However, Virat said in support of Smith and that gesture was lauded by everyone.

Deepak Chahar got the T20 Performance of the year. He bowled an outstanding bowling spell. Because he gave only 7 runs and picked 6 wickets in 3.2 overs against Bangladesh. Kyle Coetzer is the Associate Cricketer of the year by scoring 48.88 in one-day matches and he also led the Scotland team and takes the team to T20 World Cup Qualification.

Here are the ICC’S Teams of the last year: