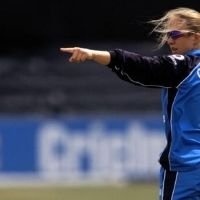 On Wednesday 24th of June, it was announced that Clare Connor will become the first female MCC president. She will replace Kumar Sangakkara.

Clare Connor is the First Female MCC President. She said that I am honoured to be named the next President of MCC and is thankful for the opportunity given to her and is ready for the challenge. She is proud that she got this opportunity and is excited to become the president.

Her role is to provide support in MCC which is cricket’s most influential club in order to grow in the modern era. During this difficult time, we need strong supporting organizations like MCC.

Before becoming president, Connor was playing a role in Women’s Cricket. She was Managing Director of Women’s Cricket and has worked very hard for the betterment of women’s cricket. That is the reason she has got the opportunity of becoming MCC President. Since 2011, she has been part of the ICC Women’s Cricket Committee and was also the director on the board of Sussex Cricket.

Connor started her career in 1995 and she has played 16 Tests, 93 ODIs and two T20Is. She led England Women for six years and guide the team towards an Ashes win in 2005 which was the first in 42 years. Now she became First Female MCC President.

Sangakkara said that he is glad that Clare has accepted the invitation to become the President of MCC. He is confident that she will provide a valuable contribution to MCC.