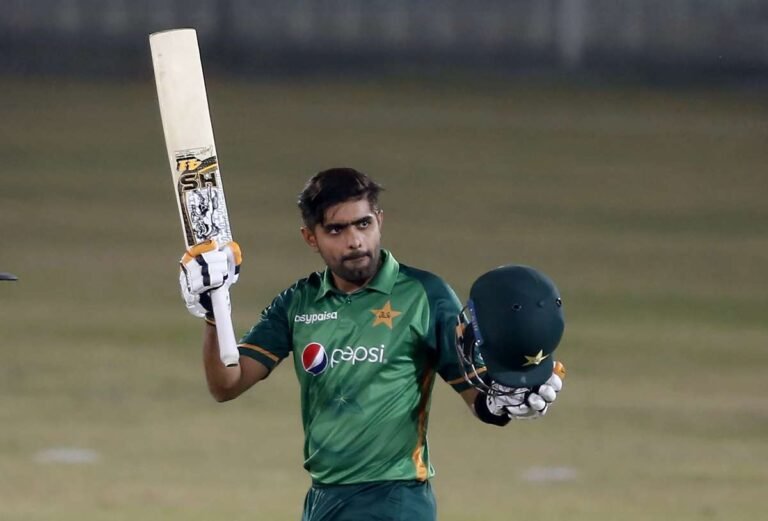 But, Zimbabwe fans have been hoping for the team to defeat Pakistan. After getting an amazing super over victory in the 3rd ODI recently. After failing at 11 attempts, it’s time for the team to set the foot down. Pakistan VS Zimbabwe Innings Highlights: Chamu Chibhabha, Zimbabwe Captain, won the toss and chose to bat in the first T20 International match. They set a target of 157 runs after 20 overs, for Pakistan to chase.

For the Zimbabwe team, the middle-over batsmen were doing well, especially Wesley Madhevere. Despite being the youngest in the team he took major responsibility and continued to impress with his unbeaten score of 70 off 48 balls.

On the other hand, Pakistan chased the score of 157 runs with 7 balls and 6 wickets still in hand.

Pakistan Batsman, Babar Azam played an outstanding inning. Almost half of the total score was achieved by him. He proved the statement that to chase a target which was below par on this easy-to-score pitch is not a difficult job. He having a superb run rate in the innings,. Babar played safe and traditional shots to reach the score of 82 runs off 52 balls.

However, Pakistan bowlers Hasnain and Rauf who with their superb bowling skills contributed to Pakistan’s win in the first T20I.

Pakistan introduced a 27-year-old spinner, Usman Qadir. But, he made an impact on his Twenty20 International debut. He is the son of late Abdul Qadir, a former Pakistan leg-spinner who died last year.