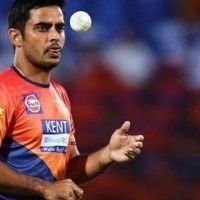 Rajat Bhatia has announced his retirement from all formats of cricket. He has been playing in Indian domestic cricket for 20 years. He started his domestic career with Tamil Nadu and played two seasons for them. Rajat Bhatia has appeared in 112 Ranji games. He has scored 6482 runs and took 137 wickets.

He has played IPL till 2017 and his slow medium pace bowling was pretty useful in the format. Unfortunately, he was not able to play at the top level. But, he played well in the domestic circuit.

He played a crucial role in Delhi’s Ranji Trophy victory in 2007. He scored 512 runs in seven outings. Rajat Bhatia has played for Delhi Daredevils and Kolkata Knight Riders, and Rajasthan Royals. In IPL 2012, KKR won the title in which he picked 13 wickets.