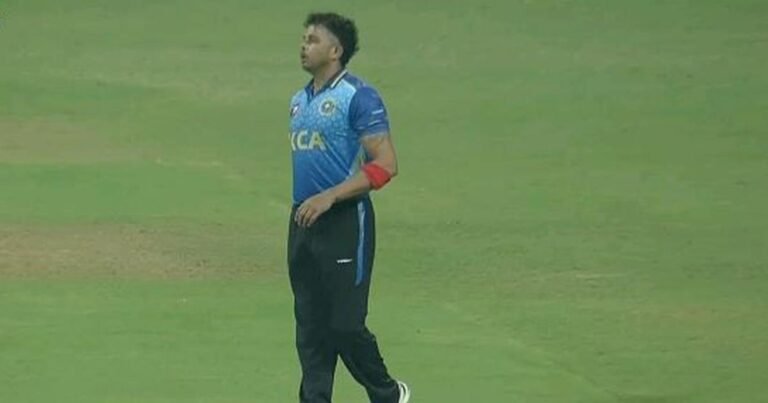 As we all know, Sreesanth was banned in 2013 for life after his involvement in the spot-fixing scandal. Later on, his ban was reduced to just seven years. Sreesanth makes a comeback yesterday in the Syed Mushtaq Ali Trophy match against Puducherry.

He bowled four overs in this match in which he took a wicket. He got emotional after taking this wicket since he suffered a lot in these last seven years. If we talk about the match, then Puducherry had won the toss and had decided to bat first.

Puducherry managed to put up a decent total of 138 runs. None of their batsmen was able to cross the half-century mark. Kerala efficiently managed to win the match by successfully chasing the set target in just 18.2 overs.

Shanthakumaran Sreesanth however, didn’t get an opportunity to bat. While he might be happy that he can finally play cricket again, another fact to pay attention to is his age. He is 37 as of now. But, he is eyeing for the position in the Indian cricket team.

This is a brutal lesson for all those young cricketers out there. So that no one gets involved in match fixing or spot-fixing of any kind. Sreesanth is a living example of what getting involved in something like this results in.

He was fortunate that his ban got reduced by the BCCI. Many like Mohammad Azharuddin never even got to play cricket again due to the ban which hit them. If we talk about Sreesanth’s international career, he has managed to play 27 Tests, 53 ODIs and 10 T20I matches.

Shanthakumaran Sreesanth is still hopeful that he will be given a chance to represent India again. Whatever may be the case, his Indian fans were very excited about this match, and he was even trending on Twitter.