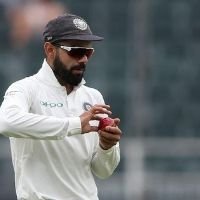 From Wimbledon 2020 to the Olympics 2020 in Tokyo, this global pandemic has affected several sports tournaments all over the world. The schedule of various sports including cricket, in many nations of the world, took a drastic hit due to the wide-spreading novel the coronavirus that hit us earlier this year. The ban on Saliva means that players won’t be able to use saliva on the ball. They use saliva in order to shine the ball so that they can get some swing.

While the status of various tournaments still stands canceled. On the other hand, cricket lovers got lucky enough to witness the 13th edition of the Indian premium league this year. Cricket is like a religion in India. It is not just a sport. The IPL 2020 which is usually scheduled in April-May every year, was postponed for almost five months. Better late than never, right? As long as we get to cheer for our favorite teams this IPL season, I’m sure no one is complaining.

Interim changes in rules and regulations

Earlier in June this year, The International Cricket Council (ICC) announced many temporary changes in the cricket regulations, including the ban on using saliva on the cricket ball as we are amidst this terrorizing pandemic. We all know by now, that the coronavirus travels through saliva and mucus, and attacks the respiratory system of a person first. The world governing body also announced that the players displaying any symptoms of the coronavirus during a test match will be replaced. The match referee will suggest a suitable replacement. It was also decided that the home umpires shall be appointed in the international series. After considering the recommendations made by the Cricket Committee led by India’s former cricketer Anil Kumble.

Other temporary changes in regulations also include non-neutral umpires. There won’t be any neutral umpires due to covid-19. Locally based umpires from home grounds will get an opportunity. An additional logo is now being allowed on jerseys. The authorities confirmed that a logo not more than 32 square inches in size may be printed on t-shirts and sweaters worn by the players in test matches.

Three other logos will also be allowed as per the regulations. Rules will not be applied to ODIs and T20s until further notice, except the saliva ban. As of now, there is no confirmation when the ban will be removed.

The ICC also confirmed in a formal statement, that the CEC (chief executives’ committee) has given consent to the recommendations made by the global body’s cricket committee led by Anil Kumble, to make sure the players and the match officials remain in the best of their health and safety from catching the deadly virus when cricket resumes in the future.

The usage of the saliva on the cricket ball by fast bowlers since the beginning of time and therefore we must understand that abstaining from the use of saliva will pose a difficulty for experienced fast bowlers in the initial period. However, they can use their sweat to shine the ball instead of their saliva since the virus doesn’t spread through sweat.

Concerning the ban on using saliva to shine the cricket ball, we must understand that the fast bowlers tend to subconsciously use their sweat or saliva to shine their cricket ball just before delivering it to the batsman. It is a reflex of the bowlers to do so to create a greater swing in the air before reaching the bat. This technique is very much necessary later into the innings to maintain the excitement of some good cricket since the ball loses its maximum potential due to wear and tear during a long match.

The International Cricket Committee has advised the match officials to show some leniency with regards to the use of saliva on the ball in the initial few matches since it will take a little time for the players to adjust to the new rules. Nevertheless, it was specified by the authorities that violation of the saliva ban will get them a warning from the umpires in the initial period, but with subsequent instances and after two warnings per innings, a 5 run penalty to the batting side will be issued. Every time the saliva of a player touches a ball, the ball in question will be thoroughly cleaned by the umpire before getting on with the match.

Looks like breaking the saliva rule will have more repercussions than bowing a no-ball. Well! If players don’t want to lose 5 precious runs to the opposing team, the swing bowlers must learn to keep the ball saliva-free and look for other alternatives that help.

Extreme precautions and safety measures will be there by the whole organization, this IPL season. The players are being tested for the virus every five days and a close tab is being kept on their health to observe the onset of any covid-19 symptoms. The players are also advised to refrain from going anywhere other than cricket practices.

However, the no-saliva rule makes me wonder if this precaution will even work. Players sometimes tend to sweat, spit, and empty their noses on the field (a lot). With sweat still stroked off, the other two things are still very much seen as potential ways of acquiring the coronavirus. How will the authorities stop every one of these players from doing these things? Are we looking at more rules about not spitting or blowing their noses on the field, now? It is just highly impossible to keep track of every single one of these actions made by all these players individually.

Well! Only time will tell how cricket will survive these rules. Cricket has survived a million things all over the world. Like terror attacks, wars, serious injuries, or retirements of precious players over the decades. Let’s just hope it survives this pandemic too.

Any violations of the no-saliva rule lately?

Amidst an IPL match in Dubai, the Rajasthan Royals batsman Robin Uthappa was seen violating the ICC&#39;s Covid-19 protocol as he was shining the ball with his saliva while fielding against the Kolkata night riders. In a keen effort to score runs during the opposing team’s innings, the promising RR batsman failed to remember the new rule. Neither the player nor the team of Rajasthan Royals has faced any kind of warnings or penalties yet. Looks like they were lucky enough to get away with breaking the rules, this time. After all the umpires were asked to show a little leniency in the initial period of adjustment, weren’t they?

Cricket world without the controversial ‘saliva”

While players are working their backs off on the fields. The experts are indeed looking for alternatives that will help bowlers swing the ball like saliva. Maybe the idea of using external substances to shine the ball will soon gain some momentum. Meanwhile, it’s best that the cricket players soon adapt to the no-saliva game as the new normal. Man people have given their suggestions and point of view regarding cricket after this ban.

Mohammed Shami fears that the reverse swing might become a thing from the past and that sweat might make the ball softer and heavier. Chahal and Kuldeep Yadav think that drift will be a problem without saliva. This rule will affect spinners too. Sachin Tendulkar suggested a brilliant idea of replacing the old ball with a new one after 50 overs or just using wax instead of saliva or sweat.

Anil Kumble pitched in a great suggestion too when he spoke about how the players should “rework the pitches, instead of playing around with the ball”.

Some international players didn’t like the ban. Because they think that “cricket is boring without saliva” and that “cricket might
not be the same anymore”.

So, well! As per the new rules, sweat instead of saliva to swing the ball. Appointing home umpires and saying no to neutral umpires, an
additional review per innings, and the attire change. Let’s hope that world cricket survives these big rules. To meet the objectives of keeping the players and the other match officials safe from the coronavirus, while still maintaining some essence in this game of
cricket.