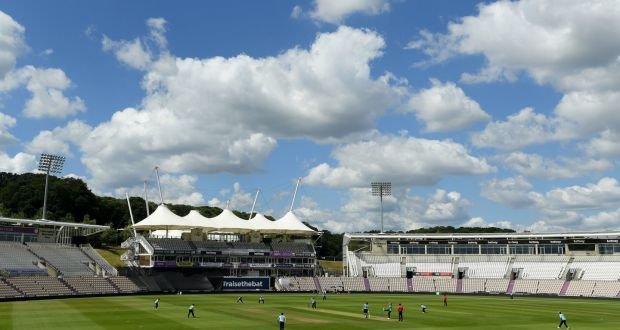 Apart from disrupting this year’s sports schedule, the Covid-19 pandemic has even brought fresh rules and regulations and Standard Operating Procedures in sports to minimize the risk of spreading Covid-19 infection.

The two recent tournaments where England acquired the victory cup – England versus West Indies Test series in July followed by England versus Pakistan Test series, were played in a safe ‘bio-bubble’ environment commonly known as ‘Bio-Secured Bubble.’ The test cricket series between West Indies and England which trended #raisethebat across the world. It has not only brought confidence in the resuming of cricket matches during these uncertain times. But, it has also educated others by introducing a fresh blueprint for hosting cricket tournaments.

Following the footsteps, the Indian Premier League (IPL) started in September 2019 in UAE. It has adapted the Bio-bubble environment. Even the upcoming football championship ‘Indian Super League (ISL) will follow the same guidelines. It will start in October 2020 and will end in March 2021. What goes into a Bio-Secured Bubble?

An environment that has no physical contact with the outside world is simply what Bio-bubble means. The players, match officials, support staff, or anyone associated with the tournament who are confined to a specific space, a bubble are not permitted to interact with the outer world. During the tournament, they cannot meet their friends, family, or relatives and especially their fans. These measures will greatly minimize the transmission of Covid-19 infection.

What are the rules?

According to BBC, a Bio-Secured Bubble will only permit authorized sports staff, players, and match officials. But, they will get permission if their Covid-19 tests result in negative. Each individual will have to go through the tests on a regular basis. They will be in the isolation period in their respective bubble. They will get access to their assigned venues, hotels, matches, training sessions, and transportation.

The new normal in Cricket

Maintaining a social distance is the new normal in cricket now. It feels that cricket has just begun a war against the Coronavirus. The players are put under a safe bubble for hosting all the cricket tournaments. The canteen’s seating arrangements are also designed in a way that each table will accommodate only one player. Apart from their regular health check-ups, the players must wear the mask the whole time and constantly sanitizing their hands. If the players order food into their assigned rooms then they will have to avoid social contact.

In IPL, we can see commentators sitting in India and covering the match played in the UAE. The inclusion of this rule by the Bio-Secured Bubble authorities. Because it aims to lessen the movement of many people to other countries and thus, reducing the chances of transmission.

No matter how disheartening it sounds, the matches will be played without the applause and cheering of the spectators. The stadiums will remain empty. Even the organizers of Bio-Secured Bubble doesn’t have any plans of incorporating artificially stimulate spectator sound for the players to remain motivated.

Effective measures before the beginning of the tournament.

The players participating in IPL landed in UAE much more in advance for extended practice sessions and self-quarantine. The extra time was crucial because they want to practice with the precautions. The players have to go into the quarantine period for a few days within their respective hotel rooms.

These effective measures were taken during the England/West Indies test series. So, the series becomes successful. The West Indies team landed weeks before the start of the match in England which provided them enough time for self-quarantine and extended practice sessions.

Bio-Bubble requires a great deal of advanced technology to reduce transmission risks. A UK-based technology and safety firm, Restrata had created and maintained the secure bubble during England/West Indies test series for which they have installed all the stadiums with Bluetooth Technology which can easily track as well as trace Covid-19 outbreaks or suspects. The software has also helped in checking whether the individual is maintaining the social distancing norms. The organizers were able to monitor if anyone is violating the rules or capacity limits norms within their specific zones.

Testing: Regular testing of all the individuals and maintaining their health files.

This technology supports Bluetooth which has a six-foot detection range.

IPL authorities, the technology firm/ Restrata, and franchisees will be given an accreditation card or wearable containing a chip-enabled GPS device that can track & trace all the individuals all the time, and that too live.

If anyone will break the rules of the Bio-Secured Bubble, then strict action will be taken. Because it will put all the individuals at risk. The individual who disobeys the code will have to go through quarantine and has to undergo a COVID-19 test twice. The seriousness of the bio-bubble protocol was evident when Jofra Archer breached the protocol. After that, he receives the ban for the second test of the series. He was asked to test Covid-19 negative twice. And, he has to go through the isolation period as well. If the test comes negative twice, then he can play. His test came out negative, So he gets permission to play the third test.

How realistic is a Bio-Secured Bubble?

Many players including Rahul Dravid have expressed their doubts over the success of the Bio-Secured Bubble in cricket matches. He considered this experiment unrealistic. However, if every individual takes care of the protocols issued by the bio bubble, then there are very fewer chances of transmission of the virus. There is no contradiction that this Bio-Secured Bubble experiment will work in cricket’s favor during shorter matches, unlike the long-drawn test matches.