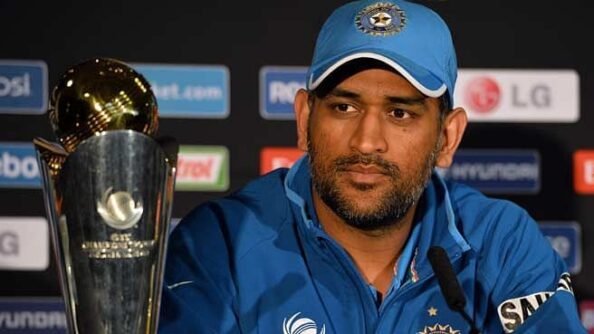 What is a Padma Bhushan in cricket?

While the names of the fields for which Padma awards are given and the associated rules and criteria are given on the official website. When it comes to sports, it should be noted that Maharashtra has dominated when it comes to the number of Padma awardees.

Many mistake Padma Bhushan to be the second highest civilian award but it is the third after Bharat Ratna (1st) and Padma Vibhushan (2nd). The award since its inception has been given to about a thousand individuals.

Before we proceed with the list, we would like to say that cricketers dominate as the winners of Padma awards when it comes to those awarded to sportspersons.

While he played cricket from 1933 to 1955, his sons went on to become international cricketers (Mohinder and Surinder Amarnath). The reason why his career lasted for just 24 test matches is because just a few matches after his debut, World War 2 began (1939) and he lost close to 6 years of his athletic prime (till 1945).

His family too suffered in partition and had to relocate like lakhs of others.

He received the award fairly late in his career. Though he was a recipient of the Rajiv Gandhi Khel Ratna Award ten years before. Many got to know more about his life via MS Dhoni: The Untold Story in which Sushant Singh Rajput played his role.

Though retired, he does play in the IPL and has a massive fan following amongst Indian cricket fans. Mahendra Singh Dhoni is known to have humble nature and many still remember him as captain cool.

The Wall as he used to be referred to was one of the best test cricket batsmen that India had seen in the sport. Besides Padma Bhushan, he has also received the Padma Shri award. In total, he has scored more than 24000 runs in international cricket with his test batting average being as high as 52.31.

The most infamous incident involving him was when he declared innings as the team captain when Sachin Tendulkar was very close to his double century.

He got his Padma Shri in 1982 and then went on to lead the 1983 champion Indian cricket team. His story of winning the World Cup is being made into a movie called 83. Few know that he has also written four books including one on Sikhi. Post retirement, he became a golfer. He hails from Chandigarh city.

Borde’s international career lasted from 1958 to 1969. Later, he became the head of the selection committee twice. In total, he played 55 test matches with an average of 35.59. His autobiography is titled Panther’s Paces. As for domestic cricket, he played for Bombay and Baroda team.

While he didn’t play any international cricket match, but he was a able cricket administrator who went on to become MCA (Maharashtra Cricket Association) president, BCCI vice president besides being a national team selector. Few know that he lived for more than a hundred years and was the first Indian cricketer to have achieved this feat.

The above players have featured in the list of padma bhushan award winners in cricket.

Why are cricketers awarded Padma Bhushan?

Padma awards including Padma Bhushan are given to those who do exceptionally well in their field of work. Given the service that people in the sports segment provide to the nation, it is imperative that they will be felicitated by these awards.

India has progressed extensively in cricket and that has resulted in a lot of cricketers being awarded. Given the large number of capable young cricketers that are emerging, it is highly likely that more number of Padma Bhushans will be given to cricketers in future.

Getting the highest civilian awards is indeed a satisfying experience since the government itself is acknowledging the individual contribution to the betterment of the society and country.