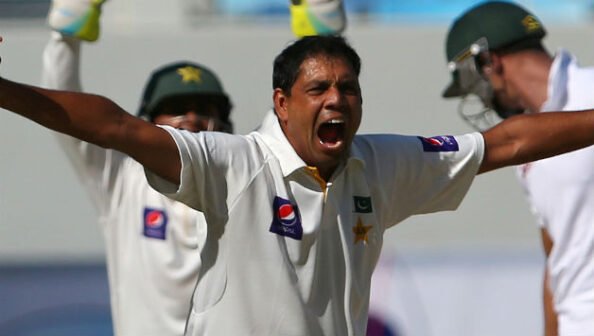 Shia Vs Sunni By Percentage

The following percentages are approximate.

As you can notice, Shia’s are a minority while Sunnis are a majority in the country. It should be noted that Jinnah however was Shia.

While he did represent the country in international cricket, his career didn’t last long and spanned from 2013 to 2016. Babar played 15 tests and 5 ODIs. However, his domestic cricket career was somewhat prolonged as Zulfiqar Babar played 101 first-class and 91 List A games. As for PSL, he has been a part of the Quetta Gladiators and Karachi Kings.

One of the reasons why his career didn’t last long was that he made his debut very late. His father incidentally was a footballer.

Mohsin Hassan Khan started out his career in 1977 and retired in 1989. His father happened to be an officer in the Navy as well. Khan also has the distinction of hitting a double century in test cricket. He however went on to play for 48 tests and 75 ODIs. An interesting detail about him is that he married Reena Roy, a Bollywood actress.

They the divorced but Mohsin did act in some Bollywood movies. The couple also had a daughter who now lives in India with Reena. In 2010, he became the chief selector of the national team for a year.

A one test wonder (someone who played a single test match, but performed very well), Haider’s career ended on a disastrous note when he tried to seek asylum in London citing threat to his life. Not just that, Zulqarnain Haider even announced his retirement from cricket then. His international career met a sad end as he played just 4 ODIs and a test.

These were some of the Shia cricketers that represented Pakistan. Hopefully, more of them will do so and do their bit for the sport.