He is a right-handed batsman.

To date, he has been a part of 36 first-class matches and has made 2253 runs with an average of 37.53 runs per innings. Rajat also has a stunning high score of 196 runs and he has also managed to smash 6 centuries and 11 half centuries.

He has played 37 List A matches till now scoring 1246 notches. In this format too his average is around the same as first-class cricket (35.60). As for the number of 100s and 50s, Patidar has managed to hit 3 and 5 of them respectively.

As we mentioned before, he made his T20 domestic debut much later and hence, he has managed to play just 23 matches to date. Surprisingly, he has performed exceedingly well with a stunning average of 33.66. The strike rate he has managed to maintain is also sky-high @142.82.

He was bought by the RCB (Royal Challengers Bangalore) in the auctions leading up to IPL 2021. As you read above, he has performed exceedingly well in domestic T20 cricket. That is why he was picked up by RCB in the auctions. He made his debut in the very first match of the season itself against MI on 9th April 2021. As for his performance, he made 8 runs in 8 balls before getting bowled by Trent Boult.

The match was won by RCB on the very last ball. Patidar has a lot of potential and it would be really interesting to see how he performs in IPL as a tournament. 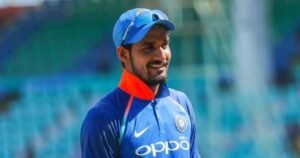 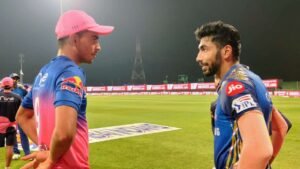 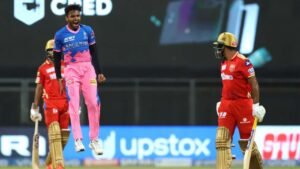