Why Fitness Is Important?

While in terms of technique many cricketers have excelled, fitness is now becoming the defining feature that is contributing positively to a player’s performance. If a cricketer has got the skills and the technique, he or she can work on their fitness to get an extra edge over their competitors. We will provide the list of Top 10 Fittest Cricketers.

While cricketers have become fitter over time, these are the ones that are the fittest cricketers of the world of their times. 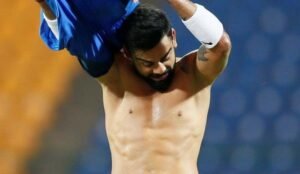 So, these were the cricketers that are and were considered to be really fit while they played for their respective teams. While T20 cricket may have made cricket look like a batsman’s game, fitness for the bowlers is important too. This is especially true for pacers. Perhaps one way to encourage players can be to gradually make the fitness criteria stricter.