Cricketfile Cricket-The Dream Sport
Home Articles What is mankading? I Is it wright or wrong? I Cricketfile 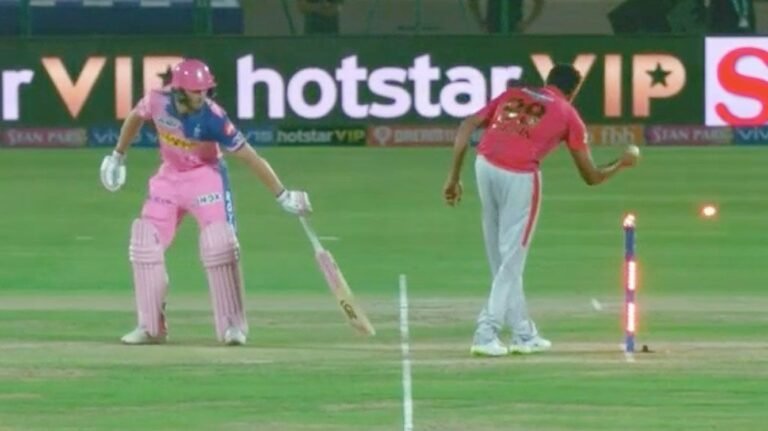 The term ‘Mankading’ in the cricket world simply refers to the act of running out the non-striking batsman, if he has left the crease too early, before the delivery of the bowler. Sometimes, in the heat of the moment, the non-striking batsman may leave the crease and run a few yards, ahead of time or before the bowler has even delivered to the striking batsman. This is known as mankading. Most players don’t do this too often but they tend to make a quick gesture towards the other batting partner to show that they are ready to take that run.

Mankading is a touchy subject when it comes to cricket. It has almost never taken place without rushing to the headlines several times in the past decades, even though it is an approved way of dismissal. But what is more fascinating is how the term & mankading & was coined.

Mulvantrai Himmatlal Mankad, fondly known by his childhood name Vinoo, was a legend in the world of cricket during his times. He made a debut in November 1935, at 18 years of age. This match was played for the Western states and against an Australian team. this match didn’t go too well for him. But however, in the next few years, Vinoo played a substantial amount of good cricket and was soon popular among cricket lovers.

A few years later in 1946, during India’s tour to England, Mankad played for the Indian team, where he made an official debut in test cricket. He was an opening batsman in both innings scoring a 107. In an addition to taking two wickets. After this match, he was known as the all-rounder that took the dual workload- the work of a good bowler and a wonderful batsman.

The Australian press coined the word “mankading” when Vinoo Mankad had run out Australian cricketer Bill Brown twice, by removing the bails, when he overstepped the crease. This incident took place in 1947 when India was touring Australia. It raised many questions with the Australian press that bashed Mankad with tons of criticism even though the Australian captain Don Bradman spoke in his favour.

Don said he didn’t understand why the press was going bonkers over this incident, because mankading was an existing provision that enabled the bowler to run out the non-striking batsman if the crease was overstepped. The laws of cricket clearly stated that doing so would be a legal dismissal and that the non-striking batsman needs to stay within his grounds till the bowler had finished delivering the ball.

After this incident, such kind of dismissal was unofficially called “mankading”. This term remained in the cricket world and is used to date. The laws of the game were amended numerous times since then, but it was concluded that in order to curb the batsman from stealing unfair runs, mankading must be legally retained.

Is mankading wright or wrong?

There have been numerous instances in history where bowlers have run out non-striking batsmen using this dismissal method. But there are also times where bowlers have refrained from doing so. A popular example being the Pakistan-West Indies match in the world cup 1987. Courtney had refused to run Salim Jaffar out, eventually losing the game to Pakistan.

If you’re playing by the rules, this is entirely legal. The ICC rules and regulations clearly state that the bowler is indeed permitted to run out the non-striking batsman if he has started running too early, provided the bowler hasn’t taken the typical delivery swing with his ball yet. The law also states that the umpire will immediately signal it as a dead ball if the bowler fails to run out the batsman that is outside the crease at any point in the match.

According to the ICC, it should be done before the action is fully completed, while the MCC believes that it should be done
before the delivery stride has even begun. In earlier days mankading wasn’t done a lot since the players played by the rules and regulations that were made a century ago. It wasn’t easy for bowlers to get the opportunity. But when you see cricketers play, based on the regulations made in the modern-day and age, mankading should happen. A lot.

Although it is a legally permissible dismissal, most bowlers don’t run out the non-striking batsman, out of mere sportsmanship and to maintain the spirit of the game. Some players believe that mankading can be against the spirit of the game, because experienced players generally leave the crease beforehand very subconsciously, in an attempt to steal the run.

It is a reflex action among the players that have been a part of cricket for years now. The ‘spirit of the game’ usually has a tangible effect on how the game unfolds and the sportsmanship of the players. Now one may raise a valid question about how mankading may be presented as “against sportsmanship” whereas the bowler is hardly allowed to step outside the crease while delivering the ball without making it a no-ball.
Well! This has been going on for quite some time now.

Let’s just say it’s up to the bowlers to decide whether or not to do the act of ‘mankading’. However, naming the move of mankading as against sportsmanship or the spirit of the game seems too harsh. Everything said and done, it all comes down to the bowler& perspective and if any other players have a concern with mankading, they should take it up with the law themselves.

Considering that things like bowling over the arm, throwing bouncers, and playing leg-side shots were once said to not be in the “spirit of the game” too, let’s hope mankading joins the list soon too. Mankading must be often used by bowlers so that it can become one of the conventional ways used to get the batsman out too. If we think from another perspective, it might even make the match more interesting and off the edge.