Why BCCI has removed Soft Signal from IPL 2021? 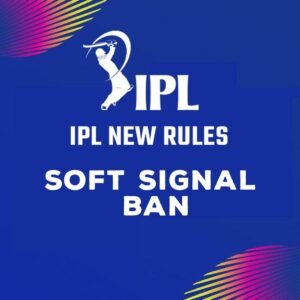 The associated changes with this decision were that short-run issue and 3rd umpire not being able to review possible no-ball. The short-run issue shot to prominence last year in the match between Delhi Capitals and Kings XI Punjab. Punjab also filed an official complaint related to this as they lost the match because of it.

It is a great thing that the BCCI (Board of Control for Cricket in India) is actively addressing these issues and are making decisions to keep IPL fair and interesting for both the players and the spectators.

Concerning timings, while earlier the final over of an inning was to start before the 90th minute. Now, the over has been included in the game time of 90 minutes. Perhaps it is just a minor tweak to ensure that a few minutes don’t get lost.

It was Virat Kohli who raised this issue concerning IPL 2021 with the BCCI. That is why BCCI has removed Soft Signal from IPL 2021. The reason being that it affected a few decisions in the matches of England’s tour of India. Whether this decision will impact the outcomes of the matches in the league is what we will find out from 9th April. Do enjoy IPL 2021 by watching it with your friends and family.