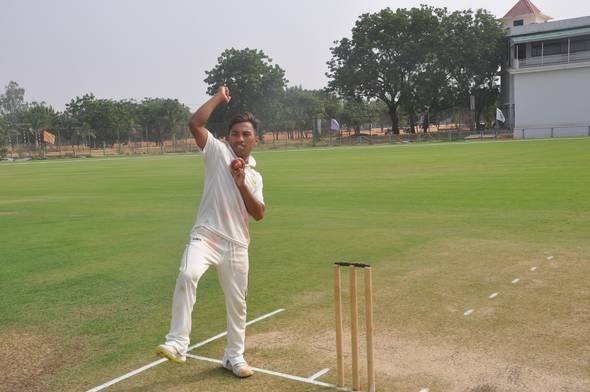 Cricket is madly popular throughout the Indian subcontinent. But when it comes to India, it seems as if cricketers from north east India are not that famous. But that isn’t the case, there is a cricketer from the region that made it big and then there are others who have done a lot for the sport. Let’s talk about them.

The only cricketer from the region who represented an IPL team, Zhimomi was a part of the Kolkata Knight Riders squad in 2008. While he was born in Nagaland, he played for the Assam team from 2012 to 2013 before starting to play for Nagaland in 2018.

While he might not be a professional cricketer, his passion for the sport made him head over to Aizawl where it had gained some traction in 2006. Then as time passed, he went on to be hired by a local cricket club. But when the cricket season isn’t on, he is busy with his job.

Lee isn’t just a cricketer, he is also a musician and Rockstar. While those listening to his shows might not know it, he is the best batsman from Sikkim when on the ground. Incidentally, his dad too was a musician and he also motivated him to play the sport. He has proved it that there is cricketer in everyone if he or she wants to explore it.

While Lee Yong is a musician, Techi is a movie star. Yes, you read it right. In a Vijay Hazare Trophy match, he scored a century and became the first person from the state of Arunachal Pradesh to do so.

Why are there not many cricketers from North East India?

The reason being is that much is to be done for the region in terms of developing cricket infrastructure. Building proper cricket grounds there can be a great step for that. The Lodha Commission in its recommendation has mentioned this issue as well. Hopefully, we will see a lot of cricketers from this region in the future.