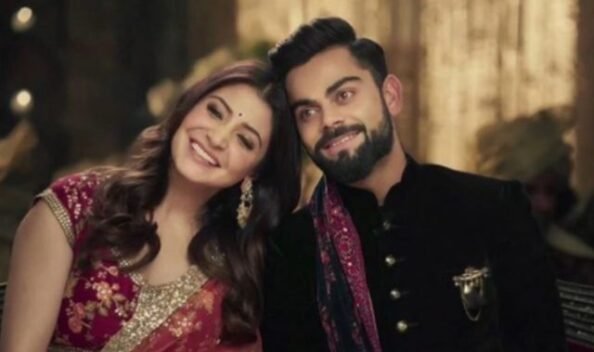 We are sharing the list of the cricketers who married actresses.

He married Farheen who besides working in Bollywood has also worked in Tamil and Kannada cinema. This was Prabhakar’s second marriage as he was married to Sandhya Prabhakar before. The couple has two children, Manavansh and Raahil.

Farheen is from Tamil Nadu and was born in Chennai in 1973.

While he was once a Pakistani cricketer, he went on to tie the knot with Reena Roy from India. But wait, the interesting part is that Mohsin himself acted in a few Bollywood films. The couple though divorced, has a daughter who lives in India with Reena. Khan currently resides in the port city of Karachi.

One of the most interesting cricketers to have ever represented India, Azhar’s life from an observer’s perspective is a roller coaster ride. He married Sangeeta Bijlani after divorcing his first wife Naureen. Sangeeta then divorced him in 2010 after their were speculations that he was dating Jwala Gutta.

The father of Saif Ali Khan, Mansoor married Sharmila Tagore. She later converted to Islam and changed her name to Ayesha Begum. Tagore was a notable Bollywood actress of her time and her parents were also distant relatives of Rabindranath Tagore, the noted poet who was also a Nobel Prize Laureate.

Hardik Pandya married N Nataša Stanković in 2020 who has been a part of various Indian movies. The couple also has a son named Agastya. While she was born in then Yugoslavia, Stanković currently resides in India. In most of the movies, she has contributed as a dancer. Pandya is perhaps the most recent cricketer to have married an actress.

While many know about the other players that we have mentioned in this list till now, few know about Zaheer Khan’s marriage with Sagarika Ghatge. Ghatge too like Khan hails from Maharashtra and rose to prominence after her performance in Chak De! India. Not just that, she was also a national hockey player.

As for connection of cricket with the entertainment industry, Yuvraj Singh is a prime example of the same. He married Hazel Koch who has worked in British and Indian entertainment industry. Yograj Singh, the father of Yuvi, was also an international cricketer and an actor. But wait, the sage isn’t over. Yuvi was a child actor too!

Geeta Basra is the actress whom Harbhajan married. Basra was born in the UK to Indian Sikh parents but she currently resides in India. Singh himself has acted in some movies. Besides Yuvraj, he is another cricketer who was an international cricketer and an actor and married an actress.

Many of you might be knowing about Virat Kohli‘s marriage with Anushka Sharma. Their popularity in their respective fields has led many to name as a ‘power couple’.