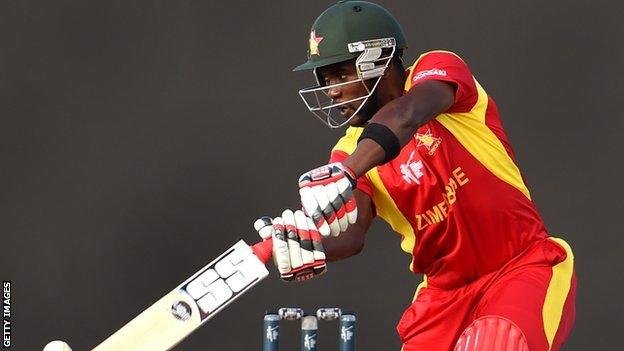 Elton Chigumbura has taken retirement from cricket. He retires after the wrapping up of the ongoing three-match T20 series versus Pakistan. According to Zimbabwe Cricket (ZC), Chigumbura has taken this decision because his injuries have begun to take a toll on him and he wishes to make way for new players in the national team. 34 years old Chigumbura, made his ODI debut against Sri Lanka in 2004 at the age of 18 and has played 14 Tests matches, 213 ODIs & 54 T20s since then in which he has scored 5761 international runs and taken 138 wickets including two hundred and 26 half-centuries excluding his score of the farewell T20 series.

Chigumbura became the second player from Zimbabwe to take 100 wickets. He scores 4000 runs in One Day International cricket thus creating history. Due to his unmatchable scorecard, he is perfectly called as the all-rounder of Zimbabwe.

He has featured in the 2011 Men’s World Cup and two editions of the under-19 World Cup in 2002 and 2004. The role that he played in Zimbabwe’s famous victory over Australia in the 2007 ICC Men’s T20 World Cup. He was appreciated by all. The cricketer took 3 wickets and only gave 20 runs in three overs. Which eventually led to the victory of his team.

By seeing his performance and his steadiness, at a very young age of 24, Chigumbura became the captain of the national team of Zimbabwe in 2010 but he resigned within months. However, later, in 2014, Chigumbura was named ODI and T20 captain for the second time. But, he stepped down again in 2016 but didn’t stop stunning everyone with his outstanding game.

The all-rounder will finally close the chapter of International Cricket in his life in Rawalpindi, Pakistan.