Hand cricket is a very intriguing game. It is best when you are bored and have no equipment to play any sophisticated sport. It just requires two people’s involvement, and they play the game based on some set rules. The game begins with choosing odd and even, and then there is a toss in which the winner gets the opportunity to select either bowling or batting.

Hand cricket does involve the concept of cricket but in an entirely different way. The game is more like paper and scissors. Fingers and its action represent scores. If a person wants to score one run, he throws scissors with the help of his hand. If one wants to score four, he needs to add his index finger to three, and for a whopping six, one needs to make a clenched fist with a thumb extension. 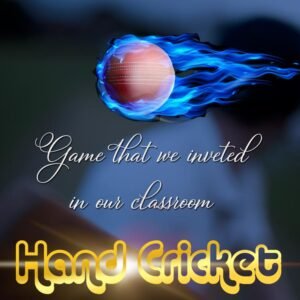 Although the game is quite simple, and it can extend for a very long duration too. But it has set rules for wickets too. A person gets out when he loses his wicket, and the game terminates at that particular score for him. One person gets out when both the parties throw the same signs. If you are a winner of the toss and you are batting, but you and the other individual show the same sign then the game is over. Then, the next person gets the chance to play and beat your score. It is how this exciting game is played.

Hand Cricket is indeed the most sorted playful activity. It rejuvenates the players to the core and helps them in killing the pangs of boredom. It is best to play to get rejuvenation and bring in excitement. Two people can enjoy it to the fullest without the need for additional equipment and arrangements. Cricket is indisputably a king of sports, but we can regard hand cricket as the king of leisure games.

Hand cricket rules are quite simple to ascertain. One only needs to learn the actions of fingers to make runs.

For marking 1, one needs to throw the fingers, giving rise to an index finger’s extension. For attaining 2, just make scissors indication. To score 3, indicate only the middle, ring, and little fingers extended. For acquiring 4, sum up your index finger to three. Throw paper hints for 5 and clasp your fist with only a thumb expansion for collecting 6. The rules for a wicket are quite simple; one gets out when both the individuals involved make the same signs. 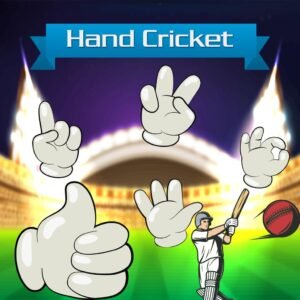 There are certain tricks and cues that one can follow to play hand cricket even more smartly. If you want to make a good score, make sure you keep an eye on your opponent. Try to observe his movements and play accordingly. Also, to give tough competition to your opponent, add diversity to your game. Attempt small and large scores so that you don’t get out fast and your score keeps increasing. If you put mixed variations into your game, it will be relatively easy for you to win as your opponent will have difficulty ascertaining your moves. These are a few tips to rely on and making the maximum score in hand cricket.

How to win in hand cricket?

Hand Cricket is an exciting game, and it is the best alternative to sophisticated events. The game’s first stance is based upon toss, which is performed by playing odd and even. Try to win the toss to increase your prospects of winning. If you want to win, make sure you try to attempt moments for high runs. Make sure you attempt big numbers and small numbers in a cardboard movement so that your score keeps on increasing. If you keep fluctuations in your finger movement, it will be quite tricky for the opponent to guess your next move. Diligence, concentration, and focus are the three most important parameters to win in hand cricket.