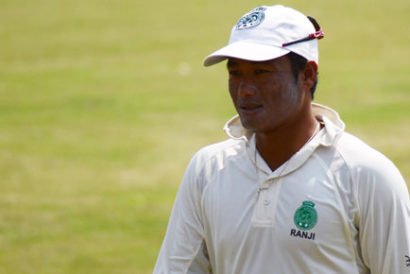 Born on 24th September 1986, Hokaito Zhimomi faced a plethora of problems while trying to make his mark in cricket. Zhimomi hails from Sangtamtila that is in the same district as the state’s capital of Dimapur.

His main troubles were related to lack of cricket grounds or other basic infrastructure which then plagued the North-Eastern states of India. It should be noted that he has represented the Assam state team as well.

He is a batsman who also bowls occasionally.

In 16 List A games, he has made 153 notches with his personal best standing at 72* runs. This innings of his is also the only time when he made a half-century.

His T20 career has been the most interesting of all. The reason being him being able to maintain an average of 32 runs with a strike rate of just 120.8. This shows us that he is a consistent performer when it comes to scoring runs in the domestic T20 format.

He was part of the KKR squad in the second edition of the league in 2009. Though he didn’t play any matches since he wasn’t a part of the playing 11.

Given the zeal of BCCI to ensure that the north-eastern states don’t get left out like before, we hope that many more players like him become an integral part of the ongoing emerging talent in the sport.

A player from the region wearing team India’s jersey might further bring the motivation and drive into the minds of youngsters who want to make their career in sports.