When some say the word IPL, what anyone would think about is a barrage of sixes and fours. But wicketkeepers too play a role in contributing towards a team’s victory. That is why we are going to talk about IPL stumping records in this post. 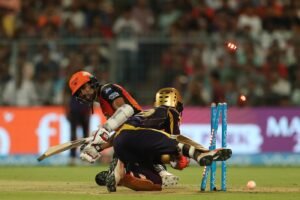 Let’s draw some conclusions from these tables about IPL stumping records.

Who is the most successful wicketkeeper in IPL in terms of stumpings?

MS Dhoni without a doubt is the most successful wicketkeeper in IPL as he has done a maximum number of stumpings as a wicketkeeper.