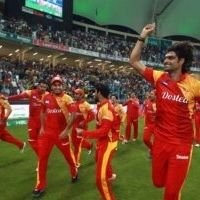 Here are some facts about the PSL which you might not be knowing. We have tried our best to explain them in the simplest possible way. You can ask your doubts in the comments section and are more than welcome to do so.

The league since its inception has been managed by the Pakistani Cricket Board (PCB). While the teams that play in it are owned by investors from the private sectors.

2.     Makes use of the double round-robin format

The teams in the initial matches play each other in a double round-robin format which implied that each team faces the others twice. Then, the top performers play in the playoff matches to decide about the finalists.

We don’t want to make any judgements but this is a fact. They (Sony) have secured broadcasting rights of the PSL in India for three years. Did this fact surprise you? Do let us know in the comments section.

4.     The batsman who has scored the highest number of runs is Kamran Akmal

The Akmal brothers have both represented Pakistan on the international level and Kamran also holds the record for scoring the greatest number of runs He has scored 1500+ runs in 56 matches with an average of 29 and a strike rate of 138.34. He represents the Peshawar Zalmi.

The highest wicket-taker is also from the Peshawar Zalmi. Wahab Riaz till now has taken a record 76 wickets. His economy to date has been 7.01 which can be termed as decent.

6.     Karachi Kings are the current champions

They won their first title by defeating the Lahore Qalandars in 2020. They are looking forward to doing it again this year in the PSL 2021.

Though it was founded in the year 2015, its first edition was officially played in the year 2016. The inaugural season was won by the Islamabad United which represents the capital of Pakistan.

8.     Most numbers of titles have been won by Islamabad United

They have managed to win two titles till now. They won the first edition of the league by defeating the Quetta Gladiators and the second one in 2018 by defeating the Peshawar Zalmi. However, their fans are expecting them to win the third title as well in PSL 2021.

This is a well-known fact for those who follow cricket or live in a country where cricket is popular. PSL being a T20 league implies that there is 20 overs game in the tournament.

In this list, we shared some PSL facts which you must know about. If you feel that there is a fact which we should have included in this list but we haven’t, do let us know that in the comments section. Also, you can create a quiz using these facts and ask questions to your friends and have fun too.