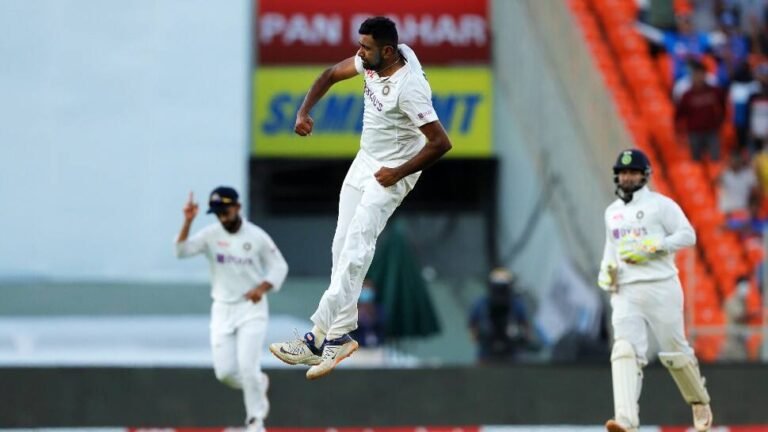 Ravichandran Ashwin Joins 400 Test Wickets Club. He created history on 25th February 2021 by becoming the second-fastest person to have reached a total of 400 test cricket-wickets. He achieved this unique feat in his 77th test match. Before this match, he had played 76 test matches and his total wicket count stood at 394.

English bowler Jofra Archer was his 400th test wicket in India vs England 3rd Test. He was dismissed as LBW (Leg Before Wicket) while he hadn’t even scored a single run.

It is Sri Lankan cricketing legend and spinner Muttiah Muralitharan who is the fastest bowler to have taken the fastest 400 wickets in test cricket. He achieved this feat in just 72 tests. In his career from 1992 to 2010, he played 133 test matches and took 800 wickets.

Indian Cricketers Who Have Taken 400 or More Wickets

Besides Ashwin, the following Indian bowlers have taken 400 or more test wickets.

What Is Next For Ashwin?

He is 34 years old right now and hence, he can play for a few more years in the test cricket format. He should try his best to cross at least the 500-wicket mark. His legacy has been built already by him and all he needs to do is make it even better. Only time will tell us if he will be able to do this or not.