The coronavirus as we know has been raging onwards globally since early 2020. While it has impacted the global economies in a severely negative way, it did affect cricket tournaments too. Yes, we do agree that ample precautions were taken to ensure that teams remained in their ‘bio bubble’, many did turn out to be Covid-19 positive and hence, tournaments were cancelled. Should IPL 2021 Be Hosted In India?

While IPL 2020 was successfully held in the UAE (United Arab Emirates), it started when the first wave of coronavirus cases was at its peak.

Refer to the graph below The decision to organize IPL 2020 was taken as the condition wasn’t that great in India in terms of the spread of the virus.

Given the risk of travelling from one city to another, there would have been a high chance of infection given. As you can see, they weren’t experiencing the same intensity of infection that they did much later after IPL 2020 had concluded.

IPL is one of the most popular sports in India. Everyone is especially looking forward to the festive event and games. An integral part of the games that adds excitement is betting on these games. People see this as an opportunity to both do something fun and also try to make some money from it. A lot of people like to rely on IPL betting tips since it can help them make money and be more confident in themselves. Indeed in 2020 we were just at the beginning of the covid-19 and the games did take place, but right now everyone is holding fingers and praying that everything will go as planned and that IPL 2021 will broadcast all the games without issue.

As of now, the daily deaths in India due to the virus are again increasing as the cases soar. However, it isn’t that they have hit the peak levels like that of September last year.

However, the number of positive cases is now matching that of the above stated time frame. Now, let’s talk about what effect did the virus have on various cricket tournament. 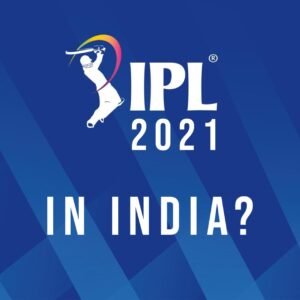 Effect On Other Cricket Tournaments

For starters, the PSL league was scrapped midway this year by the PCB (Pakistan Cricket Board) as a number of players tested positive.

However, the impact of the virus wasn’t just limited to a few countries. Because many other matches and tournament too were affected.

Some of them are:

The cricket tournaments and matches that were cancelled in India were as follows.

While in the above sections we mentioned what tournaments and matches got totally cancelled, the list of those that were postponed is even longer.

We hope that the point we wanted to make it clear though. The game suffered a lot like many other sports because of the virus.

While fans were looking forward to enjoying IPL as it gets organized in India, there is a chance that either a chance that players may get affected by the virus. Perhaps what can be done is to postpone the tournament for a while or like last year, organize it abroad.

It should be noted that IPL contributes a lot to the Indian economy and in the event of its cancellation, many stakeholders are going to get affected besides the economy. Hopefully, BCCI will find a plausible solution to this.