Cricketfile Cricket-The Dream Sport
Home Articles Dream of every cricketer: The ultimate stage of a cricketer 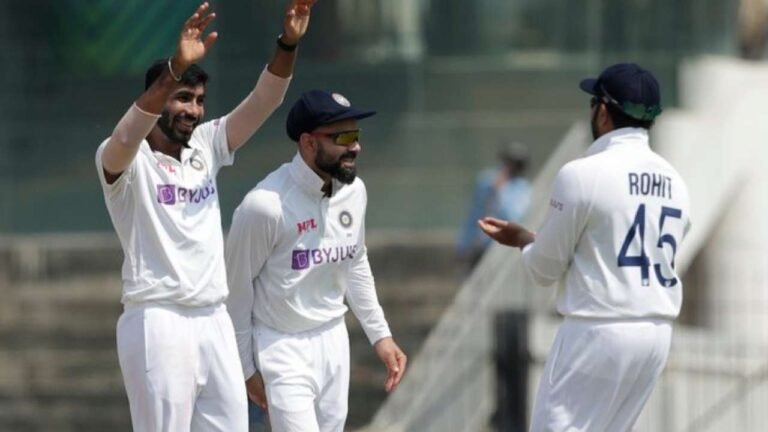 What is a Dream of every cricketer?

Cricket is the most popular game in the entire world. It is the dream of millions of people out there to become a cricketer. Cricket is a game of adventure, emotions, perseverance and hard work. Many people in their budding age dream to be successful cricketers. But, it is not easy to be a good cricketer as it requires a lot of hard work and patience.

There exists a very tough competition to become a cricketer. The craze of Cricket in the entire world and especially in India is pretty high. Many cricketers practice hard day and night to play International matches and the World Cup. It’s tough to make a place in the Indian cricket team as it requires excellent skills and consistent efforts.

Numerous players across India give their best every year to qualify for the Indian team. The road to selection in the national and then the international team is tough, and one has to overcome many obstacles to achieve success in cricket.

Being a cricketer comes with many perks, such as good income, respect, fame, and a tremendous social following. But it comes with responsibilities as well as challenges too. The road to being a successful cricketer is in itself a tiresome and challenging route. It’s a fantasy for every domestic cricketer to play in International matches for their respective teams. And players who play in International matches have the dream of representing their nation in the World Cup.

India has so many gems who ruled the cricket world like Sachin Tendulkar, MS Dhoni, Kapil Dev, Virat Kohli, Rohit Sharma, Anil Kumble and Jasprit Bumrah. Many young players take inspiration to become a cricketer from these cricket legends. Some players also dream of becoming Captain of the Indian Cricket Team. Youngsters need to pay more attention to cricket to achieve new heights in the cricket world faster. They can fulfil their dream only with consistency and rigorous dedication.

The dream of every cricketer revolves around following four major phases. Let’s unveil a little about them-

From school or college team to domestic team

The first and the primary step in every cricketer’s life begins when they discover an interest in the game, particularly in school and college. It’s a time where the players can enhance their skills. A player can improve his weaker points in school or college days and can work upon their skills. They should work hard to play in domestic matches.

Domestic cricket, such as the Ranji Trophy, Vijay Hazare Trophy, Duleep trophy etc., opens the way to the National cricket team for a cricketer. Every cricketer gives his best on the field to reach the domestic level. Cricketers should take care of their health from the beginning of their career with the help of a healthy and balanced diet because this way, they can unravel a long journey in the cricket area.

They should do exercise every day to remain fit and agile and maintain consistent performance on the ground. They should practice more in nets for a better experience. During the phases of the domestic games and city tournaments, cricketers must learn, evolve and practice hard.

From domestic to national selections

After reaching the domestic level, pressure increases on the player to get selected for the National cricket team. Players have to struggle a lot to get a chance to play in the National team. They have to continue their good form throughout their career. National matches are essential as they determine whether a player is fit for international matches or not.

Once players get their place in the National team, then they aim to qualify for international cricket. They have the pressure to play well against their opponent in every match to be further promoted to International cricket. If they don’t play well, they get demoted to the domestic level again. So it’s essential to secure their position in their respective teams.

Competition gets more challenging daily; players have to increase their level to remain at the top. It requires a terrific personality to play in Internationals as we are representing our countries with us. It’s a prime duty of every player to help his team in winning the matches. It’s not a joke to play international cricket; it requires confidence and skills to act up. Players should also have a good command of their English as it is the most accustomed language around the globe.

The real game begins with world cup selections- The ultimate stage of every cricketer’s dream.

But not everyone can reach this stage easily as the cricket board of India; the BCCI, sets numerous standards for the selection process. Only a handful of cricketers can pass all the phases and play in the world cup as it is the most crucial stage to represent the country in the global realm.

Dream of playing in the World Cup will remain a dream if the player doesn’t perform well in international cricket. Cricketers have to keep hustling every day to maintain their position in the team.

It’s not that easy to qualify in the World Cup because there are many players on the list who are trying their best for several years and striving to create their position in the Indian cricket squad. Coaches determine the potential of a cricketer and give them correct advice, which helps them overcome their weak points. Cricketers should remain on the top of the charts to make their position in the Cricket World Cup.

So this was all about the dreams of cricketers. They work hard to achieve these milestones in their cricket career, which is worth appreciating. Most importantly, a player’s personality describes how they handle fame and success without any degradation in their performance. They need the right attitude to deal with all these different phases of a cricketing career.