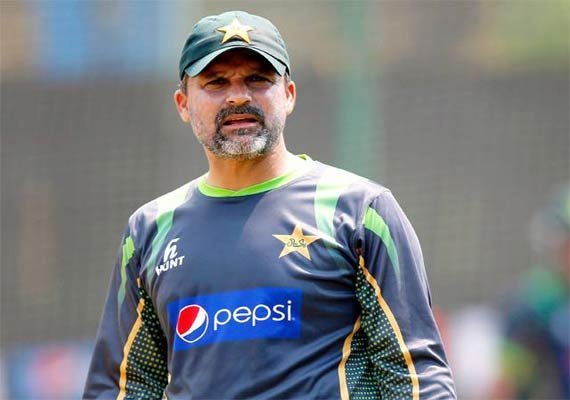 Born on 23rd September 1971 in Rawalpindi, Moin Khan is a former Pakistani cricketer who played the role of wicketkeeper batsman. You might not know this but he was the one who coined the word ‘Doosra’ for Saqlain Mushtaq’s revolutionary deliver.

As it is with most wicketkeeper batsmen, he too had to compete with fellow players like Rashid Latif for securing his spot in the team. Few know that it was Moin who ensured Pakistan’s qualification into the final as he batted well in the last couple of overs of the semi final match.

He played more than 200 first-class matches and made more than 8000 runs with a batting average of 30.7. Scoring 14 centuries and 40 half-centuries, Moin’s highest score stands at 200* runs.

Moin Khan’s List A career was quite prolific since he played 357 matches making about 6000 runs While he went on to become an international cricketer, his problem with performing as an excellent batsman remained throughout.

In about 70 games, he scored 2741 runs averaging 28.6 runs per innings. While he cannot be termed as an excellent batsman, he still made 15 half-centuries and 4 hundreds with a high score of 137 notches.

His wicketkeeping record involved him doing 20 stumpings, 1 run out and 128 catches

His performance in his debut test cricket match against West Indies wasn’t that great. The test started on 23rd November with Khan making 24 and 32 runs in the first and second innings of the team respectively.

Moin played his first ODI on 13th November 1990 in Multan against West Indies. The Pakistani team won by 31 runs in this match.

He retired from international cricket after playing his last test match from 20th to 24th October against the Lankan team.

He did coach the Pakistani team for some time starting from 2014. While his coaching character wasn’t that illustrious in terms of results, during his cricketing years, he was known to be talkative and motivating sportsperson.

Moin’s last test match started on 20th October 2004 against Sri Lanka in Faisalabad. In Pak’s 1st innings, he made 7 runs while in the 2nd one, he had stay content with just one run.

Moin played his last one day international match against Sri Lanka on 16th October 2004. Scoring just 14 runs and having to put up with the team’s defeat in the last ODI, it wasn’t an end that he might have been expecting.

Married to Tasneem Khan, he was once accused of beating her up. Moin later had to guarantee in the local court that he won’t repeat this kind of behavior.

Azam is a cricketer like his father who also plays in the PSL for Quetta Gladiators. He is yet to make his international debut. Interestingly, like his father, Khan too is a wicketkeeper batsman.

He is married to Pakistani actress and TV entertainer Mariam Ansari.

Nadeem Khan like Moin played for the national team. But he managed to contribute in just two tests and two ODIs.