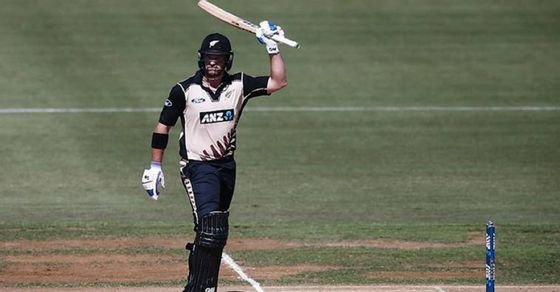 The kiwi fans were surprised as Corey Anderson announces his retirement from the New Zealand cricket team. Corey Anderson Announces His Retirement. He did so since he signed a 3-year long contract with the MLC (Major League Cricket) of the United States.

He will be best remembered for his knock against West Indies in an ODI in 2013 in which he knocked a hundred in just 36 balls. It was this knock that catapulted him into success and got him to secure an amazing contract with the IPL (Indian Premier League) team Mumbai Indians. With regards to the last matches that he played for the New Zealand team then he played his last ODI in June 2017 against Bangladesh and last T20 in November 2018 against Pakistan. He has joined the ranks of Sami Aslam (Pakistan) and Dane Piedt (South Africa). They have already signed up for the American MLC (Major League Cricket). Although he is far more famous than either of them.

Anderson also thanked the New Zealand cricket board for the opportunities given to him and appreciated their overall efforts.

He represented the Kiwi team in around 93 matches in total. His record of scoring a hundred in 36 balls was broken by AB de Villiers. Who went on to achieve the same feat in 31 balls. We wish him all the very best for his career.

We hope that you liked this article. If you did, then don’t forget to share it with your friends and family. Stay connected for more cricket related news and updates.