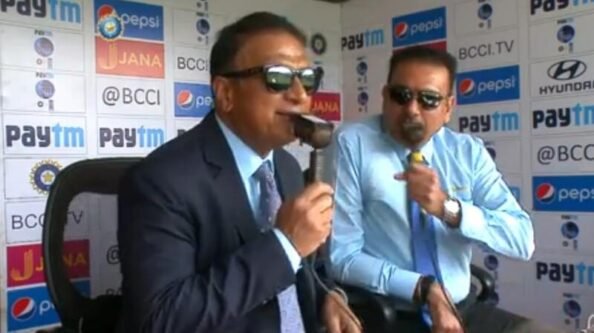 While commentary verbatim means making comments (offering what a person think about) any given situation or an event. When it comes to sports commentary, it is about describing the ongoing developments and how they are being affected by various factors. With cricket, there are a lot of technical and physical facts that people talk about the most.

How To Change Commentary Language In Hotstar?

When it comes to using Hotstar on your smartphone, tablet, personal computer or a laptop, you can click on the settings (gear shaped) icon and then choose the language of your preference. You don’t have to install another Hotstar app for changing languages.

How To Write A Commentary?

There are two types of people while writing commentary and both should follow some things if they wish to write an honest commentary about what went down in the match or game.

1. Those Who Saw The Match

If you have seen the match live on a TV or a smartphone can write commentary very well but it will be far better if they make short hand notes about things too including major incidences. One thing to remember is that you watching the match for writing a commentary later and it is better not to forget that and get carried away by watching it as a spectator.

2. Those Who Haven’t Seen The Match

Yes, it is possible to write a proper commentary by simple looking at the final scorecard too. While this might sound somewhat technical and bland but by making use of proper and eloquent words, one can turn things around in his or her favor.

As for cricket, English commentary has by far more reach in terms of number of countries than other languages. If a commentator does commentary in English people from Australia and New Zealand to the United Kingdom will understand it.

Though it all does come down choosing which language you can enjoy the game most. Because remember, in the end, it all comes down to your experience as a fan. Yes, there are people that will judge in both the ways when it comes to English or any other language. But it is better to ignore them.

Perhaps the most widely enjoyed commentary language in the world. While it is true that Hindi that is used in colloquial form isn’t what it used to be, its influence hence has spilled over to a lot more number of people.

To give you a perspective, the Hindi belt in India (region where a large percentage of people can understand the language) includes Uttarakhand, UP, Rajasthan, MP, Jharkhand, Himachal Pradesh, Haryana, Delhi, Chattisgarh and Bihar.

The total population of these states is more than half a billion people! Not just this, there are people in other states of India too that understand Hindi.

Note that many of the commentators who do it Hindi also do it in English as well. The influence of English as a language is ubiquitous in India.

As younger fans of cricket are enjoying the sport on apps on their smartphones, one thing has remained the same. Commentary. That is what has been making the sport more interesting and even funny sometimes.

Nevertheless, here we have compiled a list of Indian cricket commentators who have tremendous fan following because of their commentary style.

His commentary isn’t something that a large section of cricket fans like but nevertheless he offers something which many others don’t. Energetic way of describing the ongoing progress of a match is what he does the best. It should also be noted he started his commentary career in 2001.

While he is quite a famous and well-known commentator, many don’t know that he isn’t a former international cricketer. Though during his University days, he used to play the sport. He began his career as an Indian cricket commentator at the age of just 19 with AIR.

About him, though he might have attracted of cricket fans after his spat with Ganguly, he started to comment on cricket matches since the World Masters Tournament in 1995. With Gavaskar, Ravi Shastri used to do commentary for ESPN-Star Sports too till 2008. His international career involved being part of the 1983 World Cup winning squad as well.

One of the most dominating Indian batsman of all times, he too has featured as a commentator. He has been criticized and praised for various aspects of his style of commentary. Just like the explosive way in which he used to bat, his commentary too sometimes gets out of the technical scope of cricket and sometimes might end up with bashing the team playing against India.

He started as a commentator after his retirement from professional cricket. He however, was a center of some controversies too. Like in IPL 2017, he referred to Keiron Pollard as ‘brainless’. He later clarified about what he meant or said or wanted to say in place of that too. Another moment was when he criticized Jadeja about his capability as a player and Jaddu went on to play well in the next matches.

Very very special (nickname) Laxman is a former batsman who was also a well-known test cricket player. He did receive criticism for his poor command over Hindi on which he later explained that he was taking ‘tuitions’. Nevertheless, this doesn’t put a question mark on his ability to help people understand the game since he was considered as a master at building partnerships as a batsman.

Before becoming a commentator, as a player he was considered to be the best spinner that Indian cricket had ever seen. He went on to play for almost 2 decades from 1990 to 2008 taking 619 wickets in international test cricket. While many do remember him as a spinner, his batting high score stands at 110* in test cricket.

Many do know that he presents his analysis on TV Channels when it comes to cricket but few know that he is the one who has the highest test cricket average to date. His first-class average stands at close to 60. The sad thing is that he played his last and 17th test match at the age of just 24.

Little master and Sunny are two of his famous nickname. While many know him to be a commentator today, he has had his fair share of controversies as well. He was once given an ultimatum to either choose doing commentary or be a part of ICC’s cricket committee. He chose the first option out of the two.

Dada too is a well-known commentator as well. His witty replies are something that one never gets tired off. During his brief altercation with Shastri, he displayed this technique on Twitter as well. Yes, there are those commentators who try to be funny and succeed sometimes but wit is something that Sourav Ganguly seems to have a copyright on.

While many may think that Dravid isn’t someone who would go beyond the technical aspects of the game but wait there is more to things. As for some of his hilarious replies, he has trolled Sourav for fitness, passed savage comments on Afridi and gave a befitting reply to Nasser which left him clueless.

While it is true that his contribution to Indian cricket has been immense, as a commentator, he didn’t see much success in English commentary due to his poor control over the language. But some do enjoy his Hindi commentary still and many of the fans troll him too for making obvious or unrequired statements for no reason.

Besides being a regular commentator, he has also become a part of the new phenomenon of former cricketers starting up a YouTube channel. His balanced and coherent way of commenting on the ongoing events of match have earned him several fans as well. Though his international career lasted for just 10 tests, Aakash Chopra has become a formidable force as a YouTuber and a cricket commentator.

He is perhaps one of the few of those cricketers who represented India before the 1983 World Cup and retired as well. Bishan Singh Bedi has been a centre of many controversies too.

Besides being a commentator, he has also ventured into politics. But he was removed from his party (BJP) and then went on to fight 2019 elections on INC’s ticket. He lost to a BJP candidate.

The man who contributed the most towards making sure that India won the 1983 World Cup, he was even awarded man of the match awards for both the semi-final and final match back then. His courage and the ability of never giving up is something that has been commended by even the players of the other teams.

He too is a commentator but an interesting fact about him is that he played in the IPL too. In an international career spanning almost a decade from 1998 to 2007, he represented India close to 200 ODIs. He does it in both Hindi and English languages.

These were the list of Indian commentators that have made their name because of doing it in an excellent manner. Many of them themselves are former cricketers and hence, know the ins and outs of what is going on in each scenario.

By becoming commentators after retiring as professional cricketers, they are in a way giving back a lot to the game and to the fans especially. A lot of new fans understand minor technicalities just by listening to what these guys say.