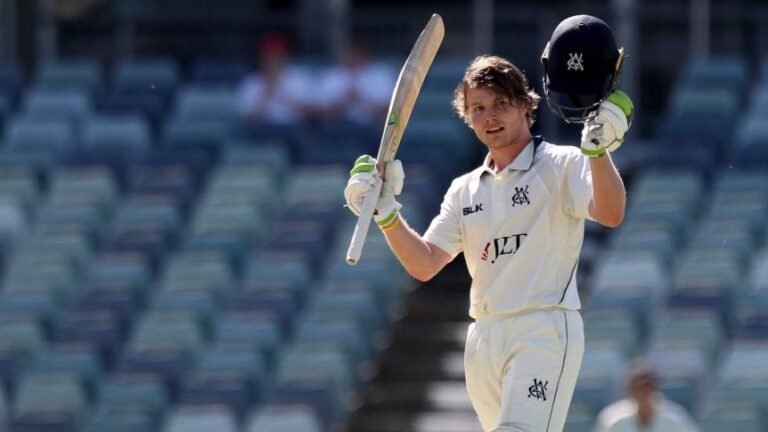 Will Pucovski‘s father also used to play cricket, and he was an immigrant from Serbia. Pucovski made his test debut on 7th January 2021 against the Indian cricket team. If we talk about his performance, he made 62 runs as an opener in the Australian cricket team’s first innings. While in domestic cricket, he represents the Victoria cricket team. As for his schooling, he completed it at the Brighton Grammar School. If we talk about his first-class career, then to date, he has played 24 matches and has managed to score 1816 runs with a whopping average of 53.41.

His top score in first-class cricket is 255* runs, and he has also smashed six centuries and six half-centuries. This itself shows that he has immense potential with regards to becoming a successful batsman in international cricket.

He is young (22 years old), and he has the potential to become a great Australian batsman. In his career as a cricketer, Pucovski has regularly suffered from concussions (9 till date). At one point in time, he had to take a small break from cricket because of a mental health issue.

In January 2019, he was also selected as a player for Australia’s Test series against the Sri Lankan cricket team. But unfortunately, he didn’t get the opportunity. Andrew McDonald gave him his Test cap. Hopefully, we will see a lot of him in the upcoming days in international cricket.

As we have mentioned before, he made his debut on 7th January 2021 against India while managing to score 62 and 10 runs respectively in the first and the second innings of the Australian cricket team.

If we talk about the match itself, it was held on the Sydney Cricket Ground (SCG), Sydney. The Australians had won the toss and had decided to bat first. In their first innings, they managed to put up an above-average total of 338 runs.

In this innings, the top scorers were Steve Smith (131 runs) and Marnus Labuschagne (91 runs). While India, in their first innings, put up a total of just 244 runs in total. Cheteshwar Pujara and Shubman Gill were the top scorers who scored 50 runs each.

Australians in their second innings managed to set up a massive target of 407 runs for the Indians. India managed to draw the game with its fierce resistance.